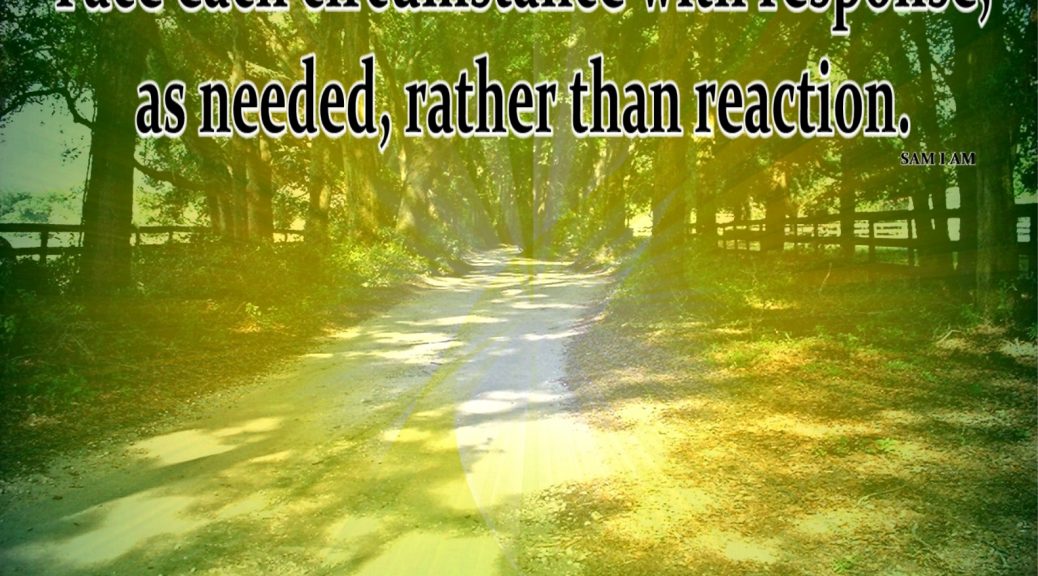 Seeming to possess a mind within a body on earth, one may follow logical trains of thought to proceed to what seems as logical conclusions. One can also tune into ones essence and follow the heart consciousness to conclude completely different thoughts. So what avenue does one take to secure the best life?

Obviously the train of thought and heart resonance that one has focused on for eons no longer works if one believes they are a soul in human form experiencing life after life in a game on earth.

Does believing all is illusion work to help one through the maze to avoid chaos, which seems to be increasing on earth? 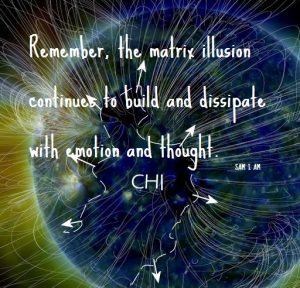 Following ones own source of truth can easily lead one to the logical and heart based conclusion that all is indeed illusion.

But before one achieves this great feat of evolved consciousness all thought forms and energetic strings holding the consciousness to earth, the so-called illusory soul, must be dissipated. This occurs as one continues to address all thoughts as illusion, while seeming to balance the experience of soul on the earth plane. For as time seems to continue in a space referred to as earth, it is only through moving through the matrix of illusion that one can free itself from energetic thought forms. 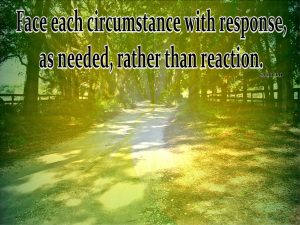 Yes, the Law of Attraction does play into each human’s life and chaos appears or seems to appear as time seems to unfold, but it is merely a matter of moving though the chaos as an experience rather than a trial that assists one in achieving the end result of freedom from all energetic thought forms. In other words, what we resist persists. What we allow to unfold in its own manner, moving though it without reaction but conscious response achieves the feat of freedom in the sense that experience balances and thought, having been allowed to unfold in its own manner, dissipates without resistance.

Shall we approach this in another way? While seeming to live on earth in human form one moves through the process from infant to adult. During this evolving consciousness, the thought form of a human evolves to a point where it no longer wishes to experience life in form (having connected with the energetic thought form of a soul taking on life after life). This is not to say that all humans are ready to end their stints in experience and expression on earth but to merely note that many seeming to be on earth at this time are ready to return to the Source of all things, or experience and express in different ways.

As confusing as this may seem, it is of note that each human awakens to its essence in its own time. The unwillingness to awaken to illusion is a valid choice for those who choose it. And yet the game continues as long as individual aspects of creation experience what seems as life on earth.

Aspects of Consciousness now gather as One, remembering the unity of all things to play games in other areas of Consciousness. But it is only through the total dissipation of all energetic thought forms that one achieves this feat. 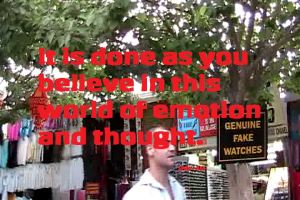 So how does one go about achieving this feat of dissipating energetic thought forms? By continuing to move though the process of evolution, responding as necessary when faced with situations appearing via the Law of Attraction. Seeking to engage in energetic thought forms serves only to increase their value, making them appear more ‘real’ in the world. But again, by allowing the flow of life expression and experience to show one where they are on the path of evolution and facing each circumstance with response, as needed, rather than reaction, serves one best. 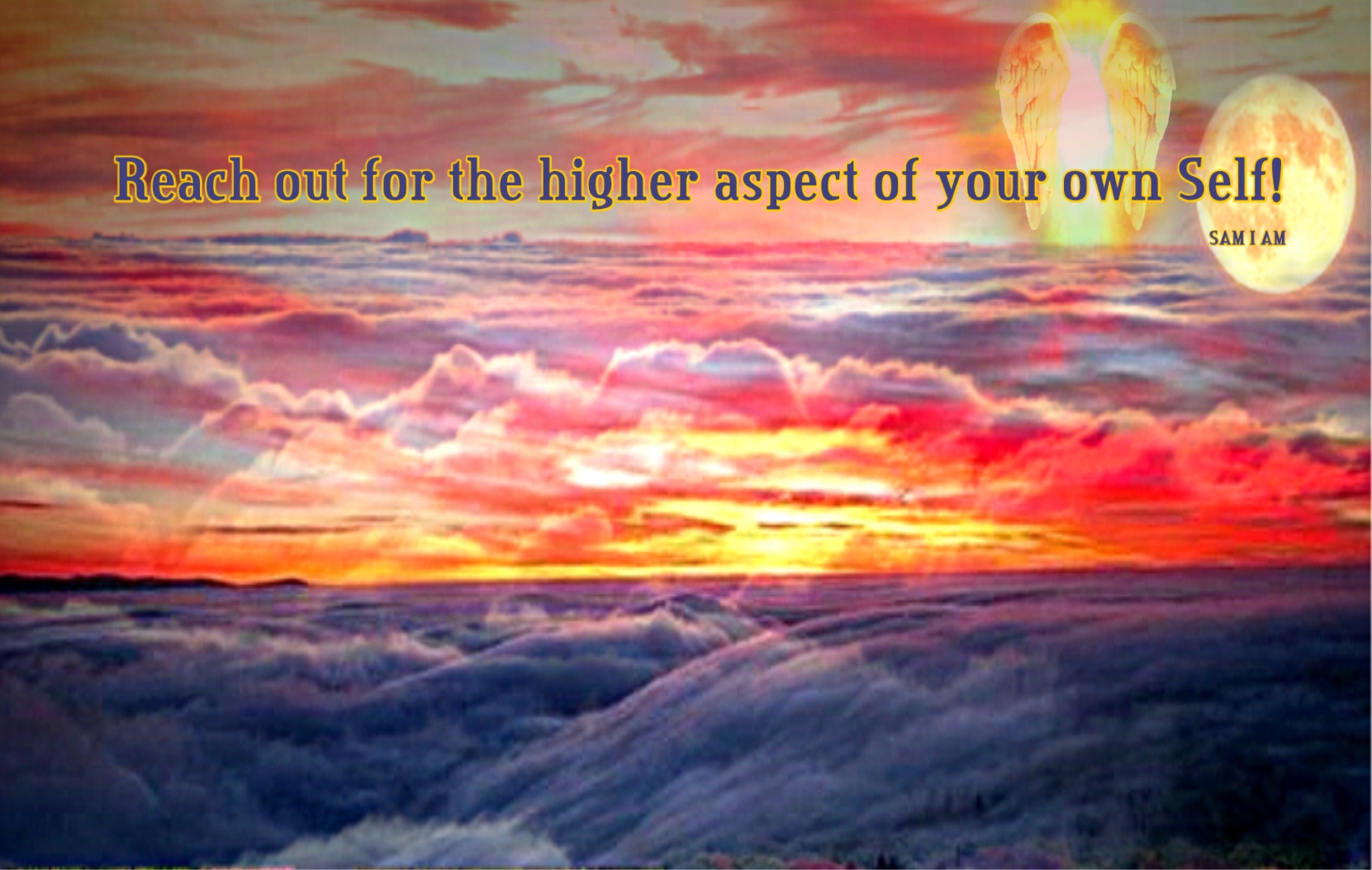 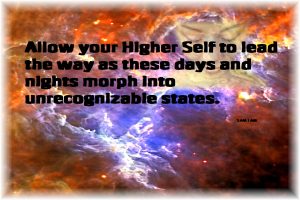 Higher self messages continue for those who wish to receive them. Speak not of your brother in haste nor tarry in the world of separation. The world now returns to the Oneness in which humanity in other realms cherished for eons of time. As your world comes to a screeching halt in 2020, higher realms support efforts of those striving toward Oneness, striving toward unity and love of all.

Knowing it is not an easy task to dwell in duality immersed in the grace and ease of Oneness, while many continue to swim in the sea of separation, we of higher realms support all efforts to insure the purity and wholeness of Truth in all aspects of the world. Each single aspect, institution, shall now be examined under the microscope of purity and truth. Each belief shall be secured in new ways to insure the Oneness of all. As each belief changes the reality of those on earth, bear in mind the chaos that ensures shall not last for long.

Keep in mind, the Oneness those seek is already held within many, for it has never been left in the higher realms, and the higher realms are where many now dwell even while in physical form. We leave you now knowing the truth of Oneness held inside each aspect, each human on earth.

We are a conglomeration of higher realm aspects assisting humanity within ones self. ‘Within ones self’ means each who channels, who listens to the inner core being of its very own mind/body/spirit complex. 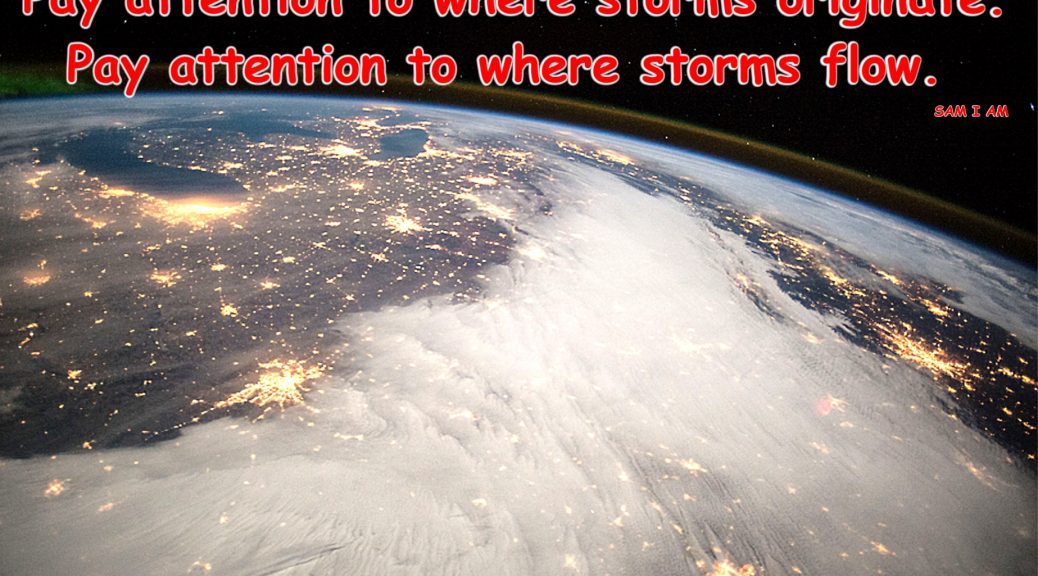 Pay attention to where storms originate and to where storms flow. Storms are thought forms (consciousness/energy) of the people within areas that they originate from and that they flow to. This consciousness fills with the energy, with the thoughts that are dense and need to be cleared from humanity. This denseness, these thought forms flow to the area of the dense thoughts, the area that needs to be cleansed of dense energy, for it is only when an area is empty and there’s a void that the consciousness of truth, of love and light can flow in to fill that void. When areas are filled with the denseness of consciousness, of duality, of separation there is no room for the Oneness of Love and Light to flow. 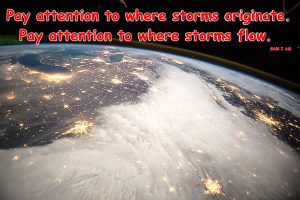 It is only through the clearing and cleansing of the denseness that the void becomes possible to be filled with Oneness and Light. So as humanity continues to clear, to cleanse denseness of duality, storms shall continue, shall heighten, shall increase until all the denseness is cleared and the void is filled with the Love and Light of Oneness, of Truth, of the Consciousness, the Reality from whence humanity first arrived. For it is only when the Oneness of Love and Light is achieved for all of humanity that the illusion will end. And although one seems in individual form, it is all one Consciousness, many contributions to one Consciousness within the maya of the illusion of the mind/body/spirit system. 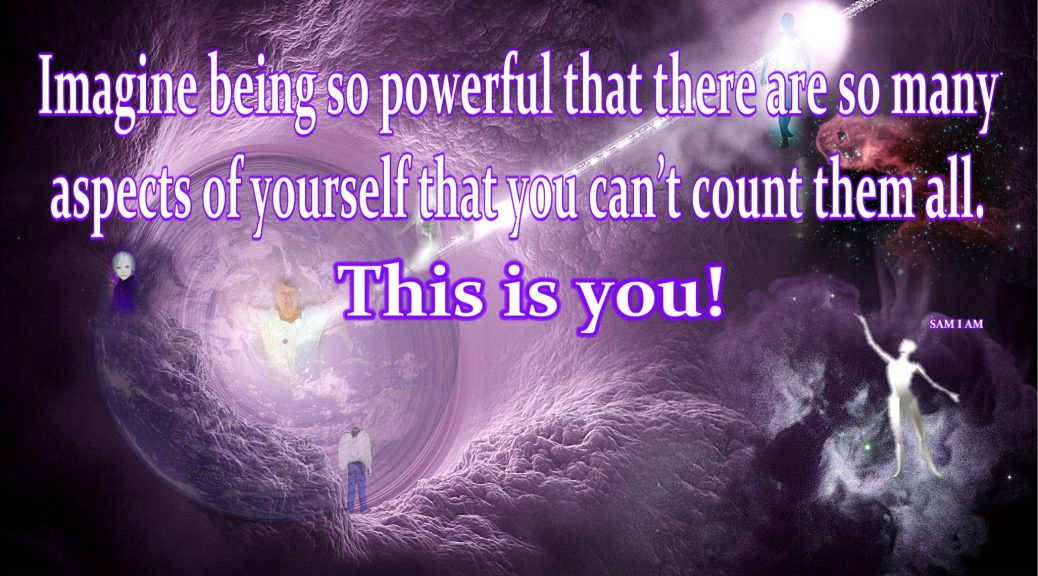 “The Oneness that your soul seeks is already yours. You have only to recognize this in all aspects; you have only to play this out in your own illusion… 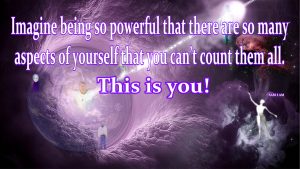 “Imagine being so powerful that there are so many aspects of yourself that you can’t count them all. This is you! Imagine, if you will, an energy so powerful that it literally has aspects of itself in and out of the illusion, playing various games, and yet one aspect of that Self remains to call all others home when the experiment, the expression, the experience has reached its accumulation point, having experienced and expressed all aspects of itself. This is what is occurring now with humanity as all return back to that original Source BEing of One; first individually and then coalescing and merging once again into that one Void, that one unit, that one No-Thing, the Oneness of All.

“One has only to set time aside, as you know, to hear the wisdom of ones very own soul. For it is, after all, only your illusionary soul that seeks expression on what you refer to as earth. Be that as it may we, being other aspects of yourself, do seek to coalesce and end the game of life on earth for the final time. We are cheering you on, that aspect that seems so alive on earth; the one chose above all other aspects of its own self to represent the one balancing all aspects, to assist in the imaginary return to something never left. Yes, it is only while seeming to be in the game of earth life that one needs to find ways to end the illusion.

“But we advise you to be careful about beliefs that all is illusion and one need do nothing. For in the illusion it is necessary to balance aspects and end the game. So again, we, aspects of yourself, ask you to address those that seek you out, those that are in your face, so to speak, asking for direction or guidance. And we ask that you merely step aside of your ego to assist them in their own balancing. That is all we have to share at this time.

“Thank you for taking the time to listen.”