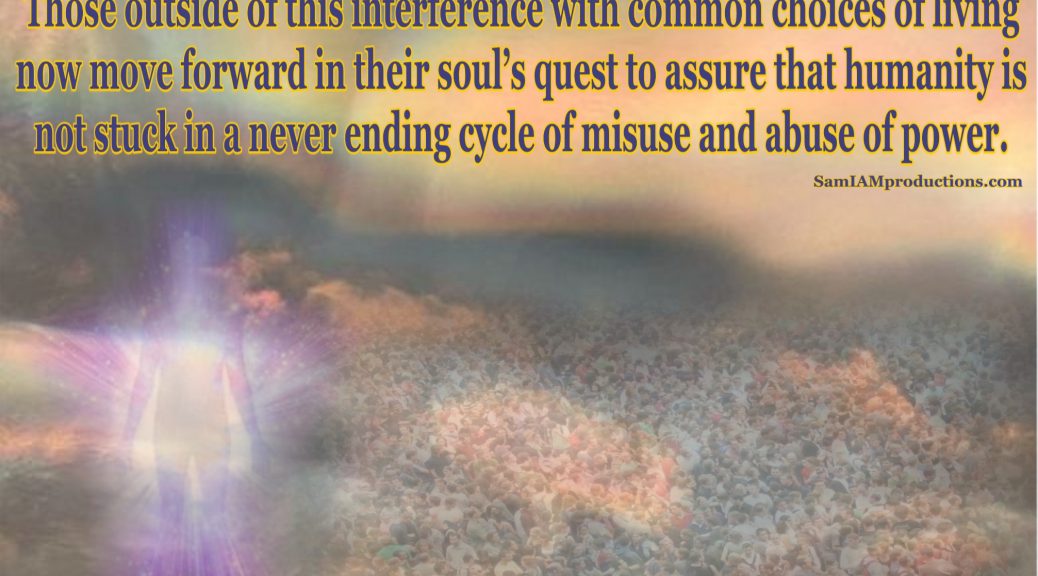 “As souls, many of humanity chose to do without ‘independent counsel’ when living in the midst of chaos. It is this foregoing, alleviating if you will outside interference, that one cannot tap into the treasures of higher frequencies. Not sacrificing ‘independent counsel’ allows those living in the midst of chaos to know that all, as it seems, is not real. 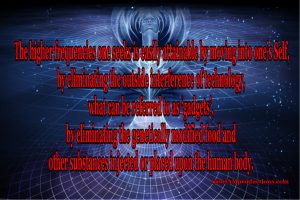 “Those seeking ‘independent counsel’ must remain within their own state of consciousness, which can be a difficult thing to do when one is immersed in the technocratic ways of the world today. Dependence upon what may be referred to as ‘gadgets’ controlling the moving mind by constant interaction is now held by many within your earth’s atmosphere. This constant attention is based upon a need to seek outside one’s Self, one’s Self that can be tapped into by moving into higher frequencies, higher states, greater states of awareness. We cannot, due to humanity’s definitions, define this state in different ways but we can say that it is a state of awareness created by not seeking outside one’s Self, by maintaining a vibrational level that is not affected by outside interference such as what you may refer to as perhaps genetically modified, processed so-called foods, altered water, and other sources that continue to lower the ability of humanity to reach those higher frequencies it is their God given right to reach. 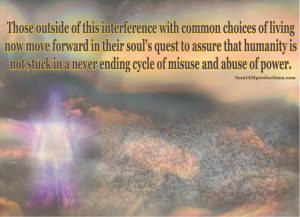 “We end this message with help for those not caught up in the midst of chaos. The higher frequencies one seeks is easily attainable by moving into one’s Self, by eliminating the outside interference of technology, what can be referred to as ‘gadgets’, by eliminating the genetically modified food and other substances injected or placed upon the human body.

“It is with the greatest respect that we honor humanity’s free will to move through the process of self awareness at its own pace. For those now wishing to move forward in this process there are many higher states, many frequencies that one can tap into. They may be referred to as Higher Self, as Galactic frequencies, as angels, as masters, and yet they are all states of awareness available to humanity as a God given right of one’s very own experience and expression as a soul living in human form.

“We are known to the channel as the White Winged Consciousness of Nine, an aspect of this soul’s very own higher states of awareness experienced and expressed in other frequencies within the illusory game of human life.”

Book of One : – ) excerpt. More inspiration is available through the Book of One : – ) Series, currently consisting of five volumes. Contact SAM to support your Self or a loved one with a discount rate of this series. As of March 2021 the Lightworker’s Log Book Series https://samiamproductions.com/wp/about-2/lightworkers-log-books/  consists of the 15 books noted below.

The End of My Soap Opera Life 🙂 Book One: Death of the Sun

Book Two: A Change in Perception

Adventures in Greece and Turkey